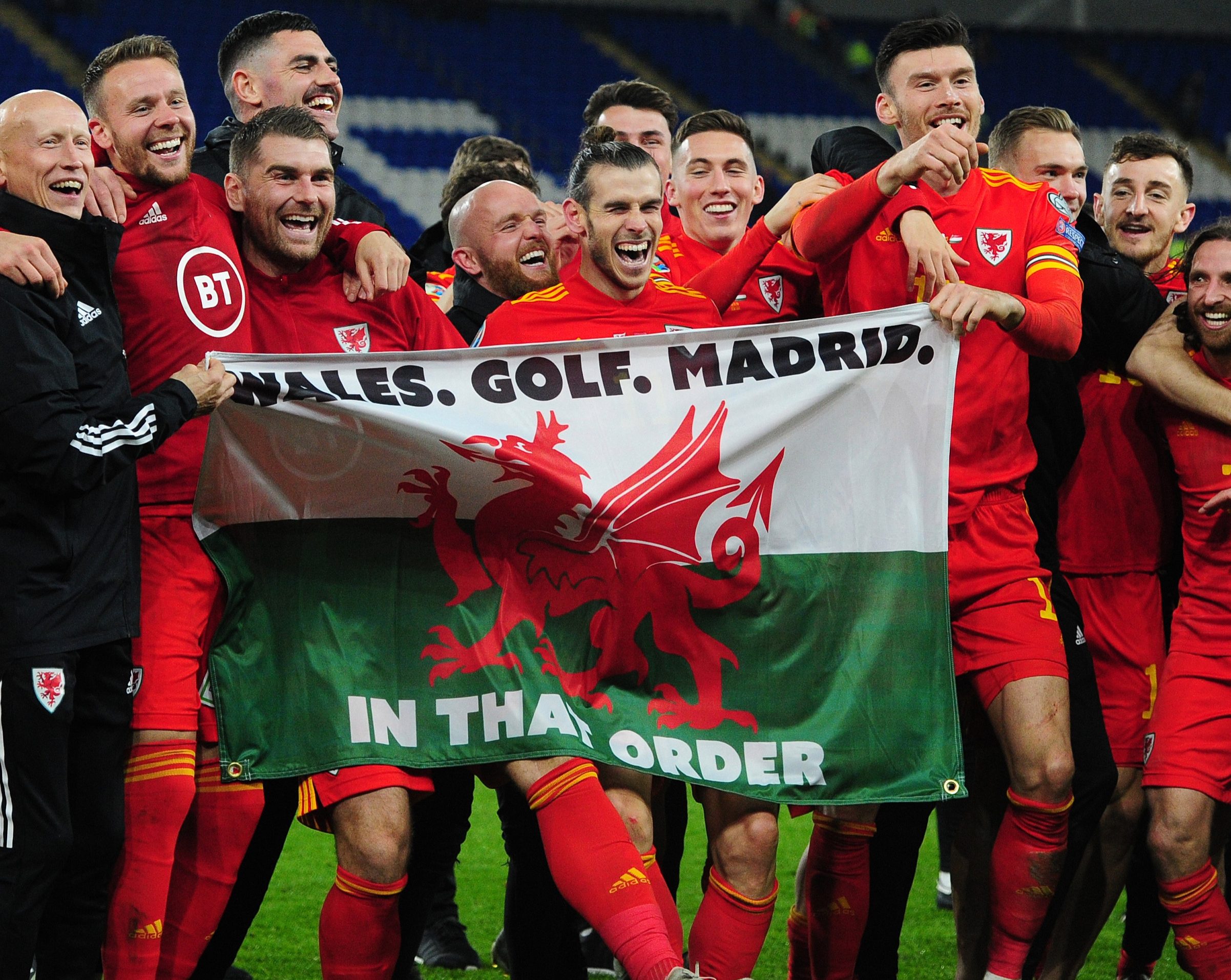 Wales’ talisman is a keen golfer but will be told the focus next summer is solely on Group A rivals Italy, Switzerland and Turkey.

Welsh FA chief executive Jonathan Ford said: “Ryan is clear to make sure that while in camp our focus should just be on the football.

“You can’t be in a situation where you have players risking their health and  fitness by playing golf. I appreciate some players look at it differently.

“You can’t train all day so there has to be some entertainment for the guys. But you have to be careful.”

Bale celebrated qualifying for Euro 2020 last month by posing and laughing in front of the controversial banner ‘WALES. GOLF. MADRID. IN THAT ORDER.’ — which sparked fury among Real fans and the Spanish media.

Dragons boss Giggs banned Bale and Co from playing golf at the China Cup in March 2018 — and is set to do likewise next summer.

Wales are assessing where to be based after Saturday’s Euro draw placed them in Baku for their opening two games and then Rome for the clash on June 21.

Ford added: “Italy and Azerbaijan will be warm so it’d be remiss not to base ourselves somewhere to acclimatise.

“We will give the team everything they need to give them the best chance of success.”

Should Wales win the group they will play at Wembley in the second round against the runner-up from Group C, which includes Ukraine, Netherlands, Austria and a country via the play-offs.

If they finish second, they face the Group B runner-up — Belgium, Russia, Denmark or Finland — in Amsterdam.