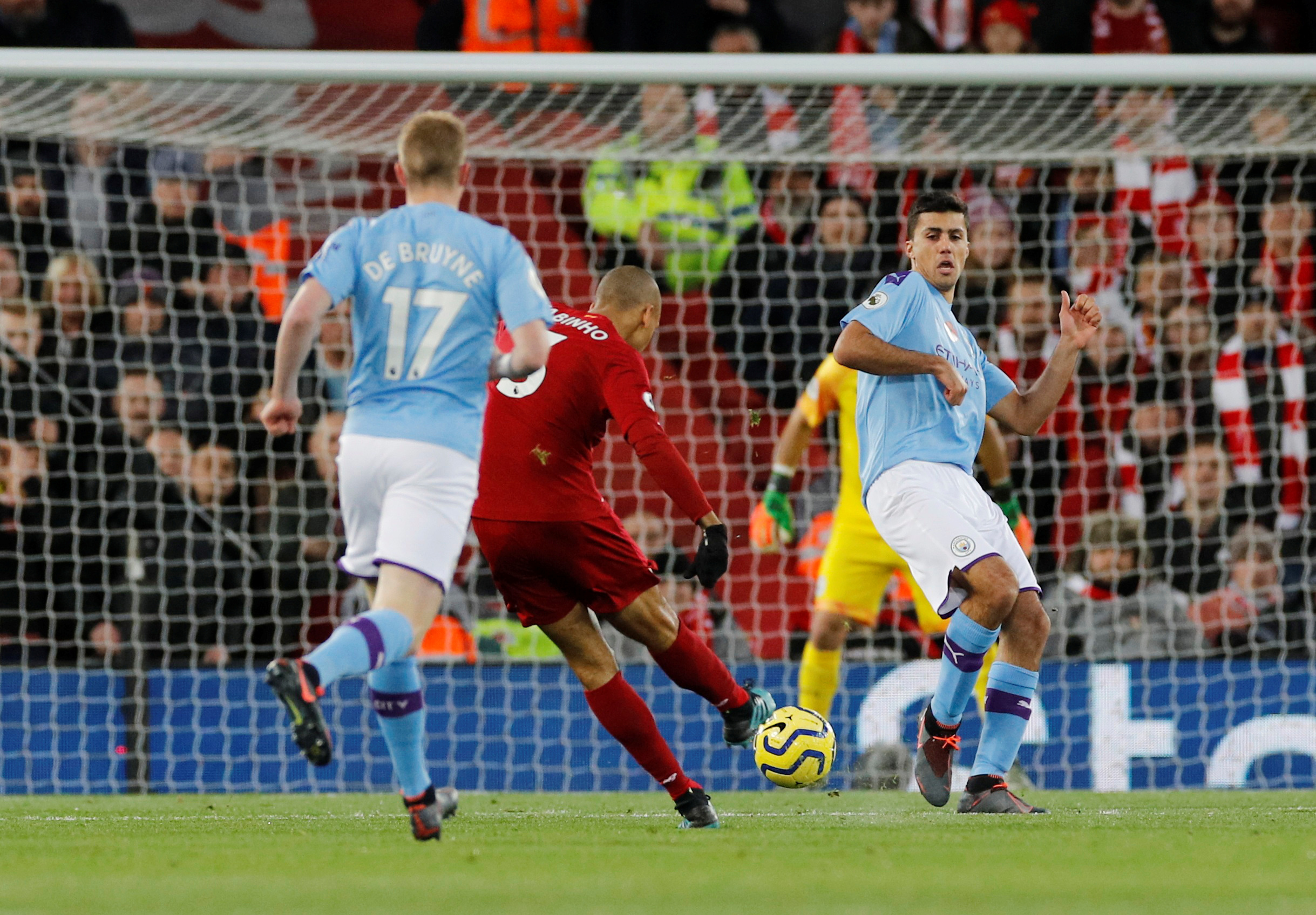 Liverpool took a huge step towards the Premier League title as goals from Fabinho, Mo Salah and Sadio Mane secured a crucial win over Man City.

But Pep Guardiola was left furious by VAR calls, believing that his side had been denied two penalties for handball.

VAR controversy reigned once again as Liverpool romped to a 3-1 victory over Man City at Anfield in the biggest game of the season so far.

Trent Alexander-Arnold handled the ball in the Reds’ box on five minutes and within the blink of an eye, Fabinho was rifling Liverpool’s opener at the other end.

Mo Salah added Liverpool’s second just seven minutes later with a slick header despite suspicions of a hairline offside in the build up.

And Sadio Mane nodded in Jordan Henderson’s perfect cross just six minutes into the second-half to put the game beyond City.

Bernardo Silva added a consolation for the frustrated champions with 12 minutes to go but it was too little too late.

Liverpool move eight points clear at the top of the League with the win and nine above City.