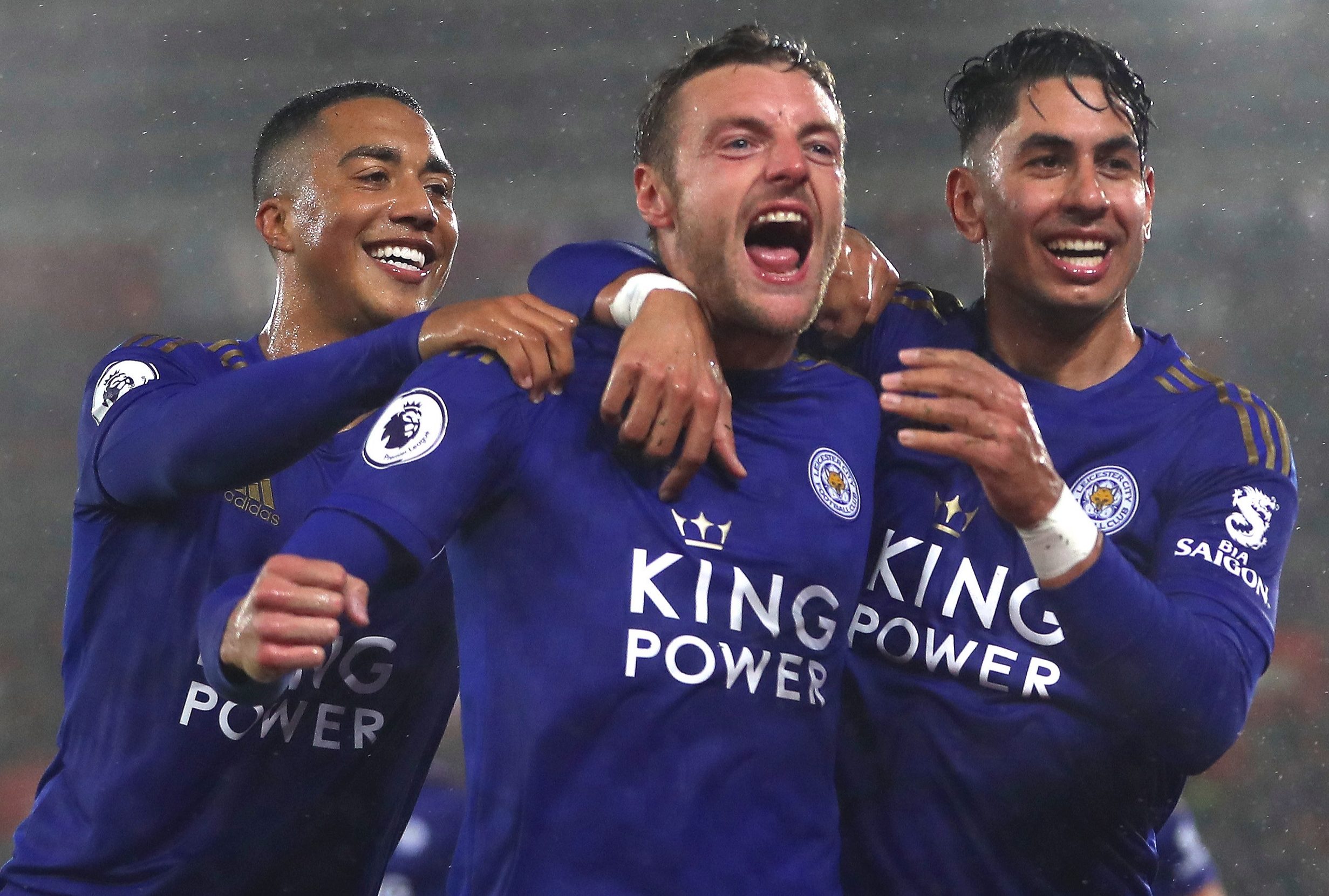 How Khun Vichai would have loved to see this.

Two days before the anniversary of the death of their chairman and idol, Leicester racked up the equal-biggest win in Premier League history and the biggest away win English top flight football history.

Ayoze Perez led the way with a hat-trick while Jamie Vardy also grabbed a treble.

It surpassed Manchester United’s 8-1 drubbing of Nottingham Forest in 1999.

And it underlined not only Leicester’s credentials as genuine top-four contenders, but possibly something even more ambitious as they went above Manchester City in the league table.

The last time the Foxes were second was when they completed the impossible by winning the league title. 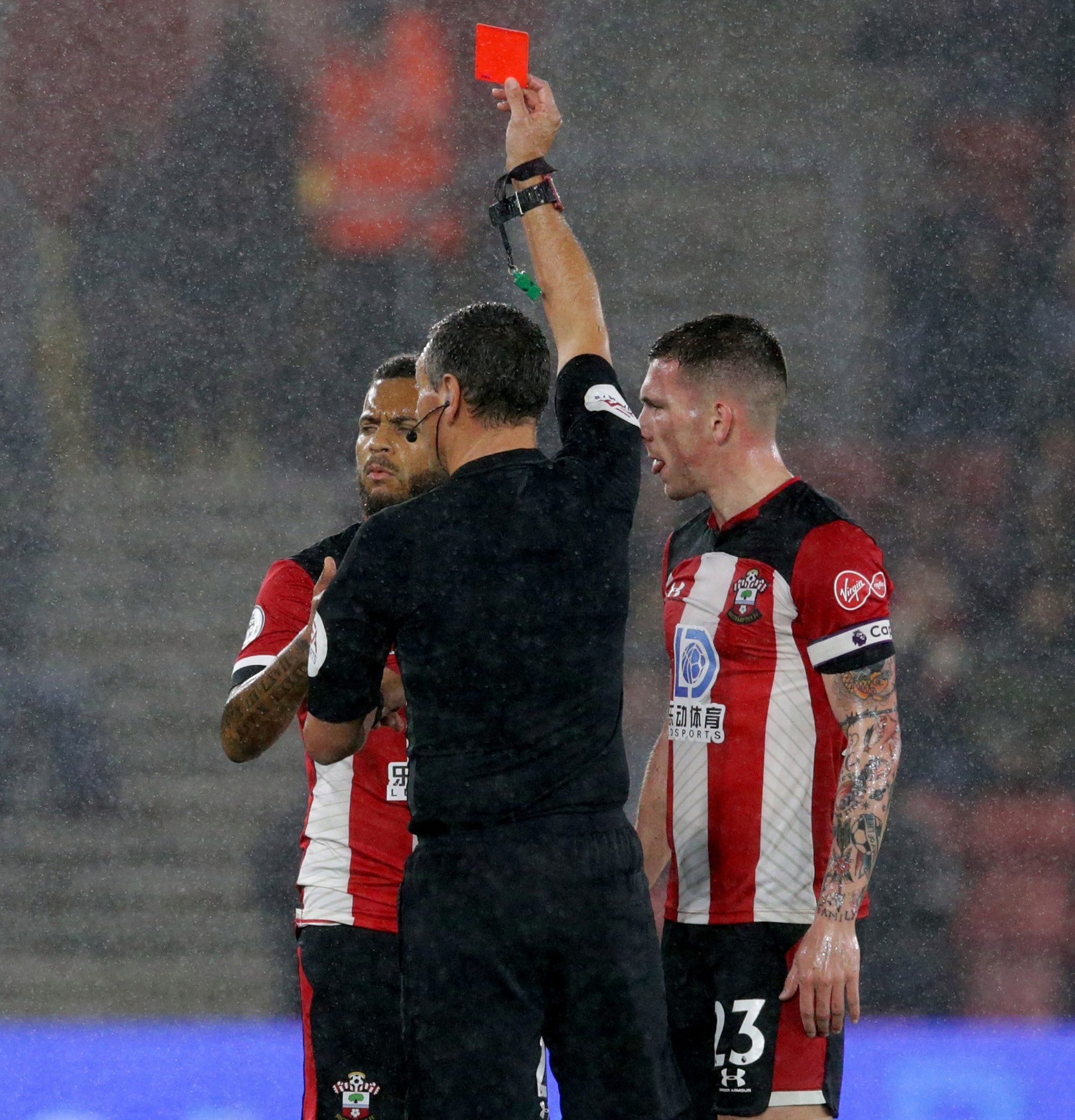 And as good as Liverpool and City have been this year, they will have noted this brutal win over Southampton – who had Ryan Bertrand sent off on 12 minutes – with keen interest.

The title-winning side of 2016 was all made possible by the vision and financial backing of late owner Vichai Srivaddhanaprabha, tragically killed in a helicopter crash outside the King Power stadium on October 27 last year.

Saints paid tribute by dedicating the front cover of the match programme to the Thai businessman, and put up his image on the big screen 20 minutes before kick-off.

Leicester arranged for white scarves bearing Khun Vichai’s name on one side and the phrase ‘Making the impossible possible’ on the other to be placed on the seats of every away supporter.

How proud Khun Vichai would be of this team if he were alive to see them now.

As the rain swirled round St Mary’s, Leicester put in one of the most one-sided away displays in Premier League history.

It began in the tenth minute as Chilwell followed up his own cross to Harvey Barnes and turned in the rebound after his left wing partner-in-crime had seen a shot saved.

But the real game-changing moment came before… and after.

Perez had been fouled in the build-up by a nasty lunge from Bertrand, which VAR deemed to be a red-card offence two minutes after the goal had been scored.

Off the left-back walked with just 12 minutes on the clock. Game over already.

But given how lethal Leicester when Newcastle went down to ten men last month, going on to win 5-0 that day, the worry around St Mary’s was that a similar embarrassment was brewing.

What did come to pass was far more humiliating.

One became two on 17 minutes as Tielemans controlled the ball in the area and buried past the helpless Gunn.

Perez has endured a tough time in front of goal since arriving from Newcastle for £30million in the summer.

But he finally broke his duck as he exchanged passes with Tielemans and beat Gunn at his near post with an effort the keeper should have kept out.

The away supporters taunted Hasenhuttl with chants of ‘You’re getting sacked in the morning’ on the half hour.

And given this was the third home Premier League game in a row where his side were two or more goals down, the Austrian will have been feeling hot under the collar down in the soaking dugout.

Sadly for him, there was more misery to come as the Rodgers’ train kept on coming.

Perez grabbed his second on 39 minutes, blasting in Chilwell’s cross high into the net at the far post.

Vardy got in on the act as he turned Maya Yoshida with ease before blasting into the net.

It meant Leicester became just the second side in Prem history to score five goals before half-time after Manchester City did it in their 6-1 battering of Burnley on April 3, 2010.

Perez completed his treble on 56 minutes, taking down Barnes’ ball and firing past Gunn. His only hat-trick in five years at Newcastle also came against Saints, in a strange twist of fate. 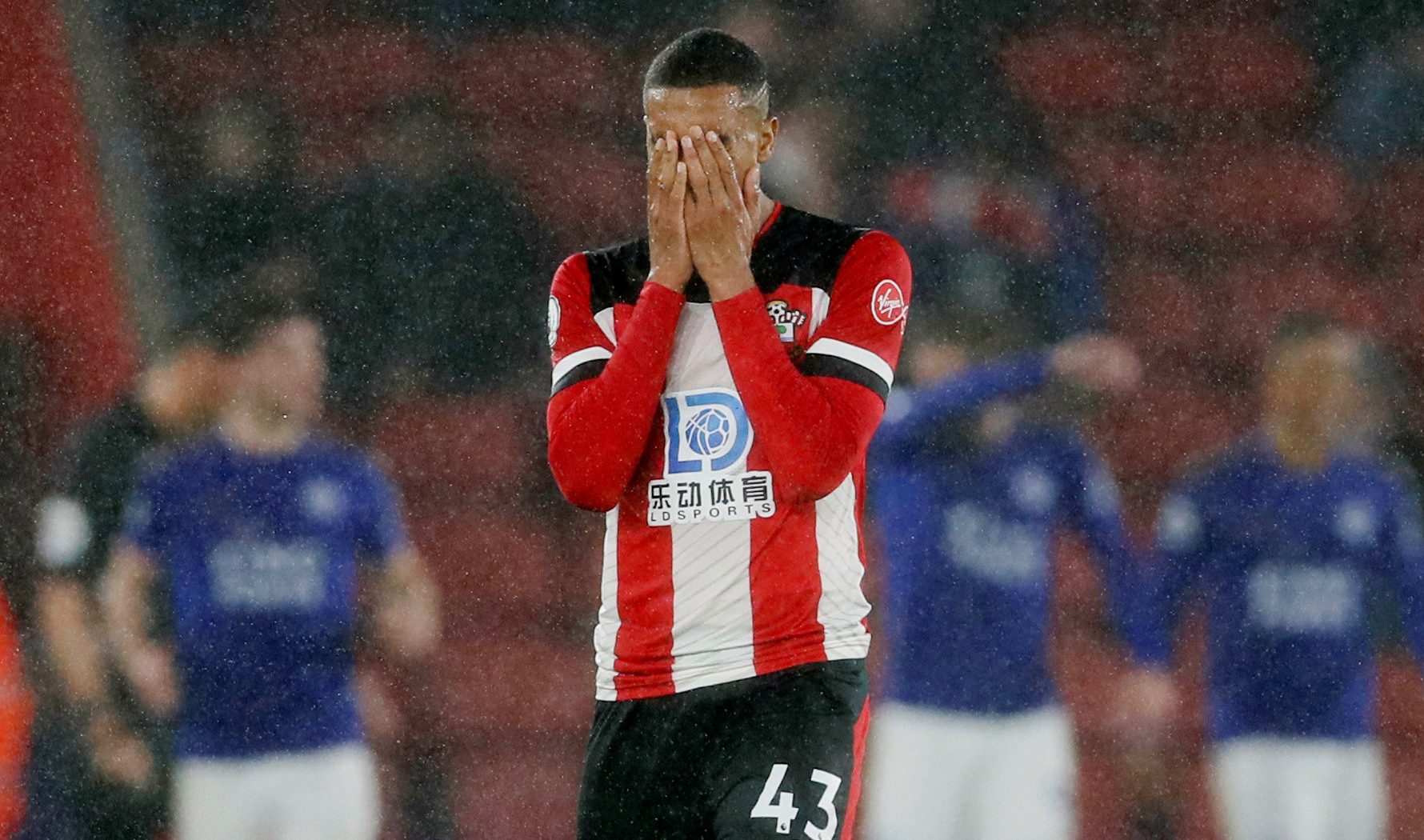 Vardy went joint top of the Prem goal-scoring charts with his eighth of the season with a header soon after, as Saints continued to raise the white flag.

Maddison made it eight with a stunning free-kick before Vardy sealed his own treble from the penalty spot after being felled by Jan Bednarek.

Many home fans had already left well before half-time as a shell-shocked Hasenhuttl was left to deal with his side’s battered confidence, not to mention goal-difference.

The Austrian had claimed the time had come for ‘dirty wins’ before the match – and ended up witnessing the ugliest defeat of his career.

It is desperate times at St Mary’s with another relegation battle looking likely.

But Rodgers’ Leicester are looking unstoppable – and you only have to look at their history to know that anything is possible with this club.