It was a day of disappointing results for the Republic of Ireland in their attempts to qualify for next year’s European Championships.

Firstly Mick McCarthy’s men drew 0-0 against Georgia in Tblisi and despite hitting the post early on through John Egan and having a fantastic aerial chance from the usually reliable Shane Duffy, the Republic didn’t deserve much more than one point.

Then, later this evening in Copenhagen, an inspired performance from Denmark goalkeeper Kasper Schmeichel and a late Yussuf Poulsen goal for the Danes means that Ireland will need to win one of their two remaining qualifiers against the two top seeds to qualifying for Euro 2020.

Debutant Aaron Connolly very nearly snatched victory in Georgia after coming off the bench to spark a late Republic of Ireland surge.

The 19-year-old forced a 90th-minute save from keeper Giorgi Loria and then fired into the side-netting when he might have done better in a lightning cameo which almost paid rich dividends.

Shane Duffy, who had led a concerted rearguard action for much of a tight game, headed straight at home goalkeeper Loria from an injury-time corner, but Ireland ultimately had to make do with a 0-0 Group D draw. 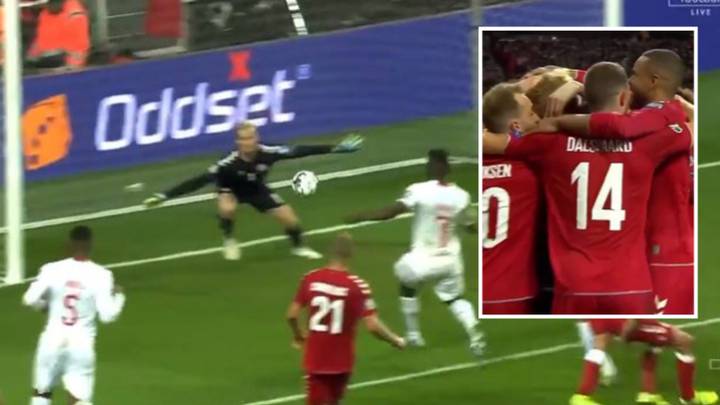 Kasper Schmeichel had a man of the match winning performance in Denmark’s Euro 2020 qualifier against Switzerland, making a save right at the death for the win.

The Leicester City goalkeeper made a couple of excellent saves as Denmark won 1-0 against Switzerland, taking them level on points with Ireland at the top of the group.

Denmark were the big winners in Group D following Yussuf Poulsen’s 85th minute strike. The Leipzig forward burst on to Christian Eriksen’s through ball to prise the only goal after Kasper Schmeichel, winning his 50th cap, had kept his side in the contest by diverting stinging drives from Granit Xhaka and Ricardo Rodríguez.