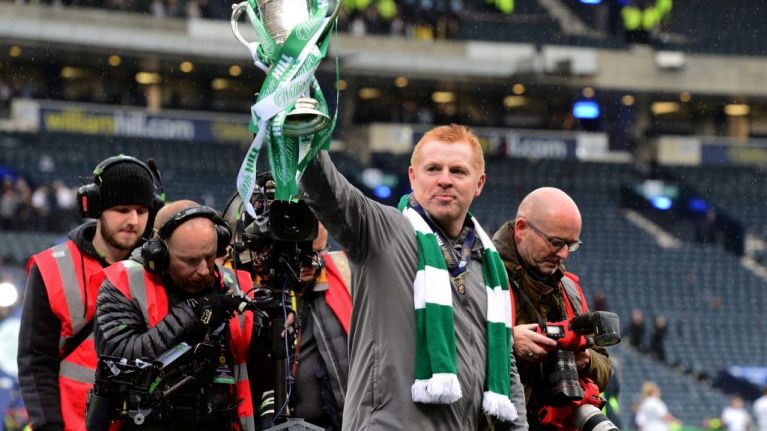 Celtic completed their historic third straight treble by coming from behind to beat Hearts 2-1 in the Scottish Cup Final.

Hearts threatened to spoil the party when Ryan Edwards opened the scoring shortly after half-time – but a brace from Odsonne Edouard saw the favourites come out on top.

The Glasgow club have now won every Scottish domestic honour available for the past three seasons, with their ninth successive piece of silverware clinching their sixth treble in history.

Remarkably, when they fell behind it was the first goal Neil Lennon’s side had conceded in the competition but they survived the scare to lift their latest trophy.

Despite losing manager Brendan Rodgers to Leicester midway through the season, the Bhoys have continued to dominate with the return of Neil Lennon as interim manager.

They have now won the Scottish Cup a record 39 times.

The club are set to celebrate their remarkable achievement with a parade through the south side of Glasgow.

“We’ve done the treble yet again, and it’s the third one in a row.

“It shows the lads are relentlessness. Hearts have given us a very hard, very physical game but we stood up to it.”