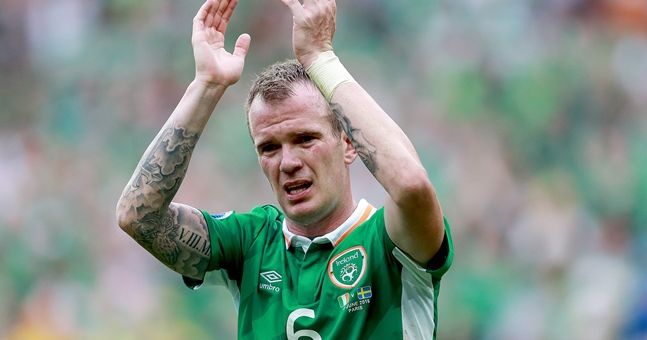 Mick McCarthy has this afternoon named his 38-man provisional squad for the opening two UEFA Euro 2020 qualifiers against Gibraltar in Gibraltar on March 23rd and against Georgia on March 26th at the Aviva Stadium.

Last November’s friendly match against Northern Ireland was seen as Glenn Whelan’s unofficial testimonial and retirement from the Ireland setup with the 35 year-old wearing the captain’s armband on the night. McCarthy today however said that “He (Whelan) has been playing very well so I’ve included him.”

McCarthy confirmed that Daryl Murphy has retired from international duty, saying: “He (Murphy) is at a stage of his career where he likes to have the international window free so as to recover from club duty.” McCarthy did however confirm that “If I was stuck” that Murphy might reconsider.

Travers and Liverpool’s Caoimhín Kelleher are in Stephen Kenny’s Under-21 squad for their qualifier against Luxembourg on March 24th in Tallaght. McCarthy will then have the option to draft them into the senior squad for the Georgia game on March 26th.

The final 23-man senior squad for the opening two Euro 2020 qualifiers will be confirmed on Sunday, March 17th.